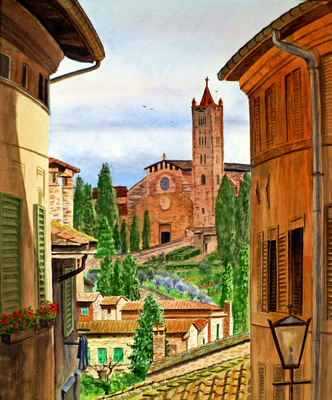 Bestselling painting of Siena Italy street with beautiful church and multiple roofs has a new exciting trip planed. It is now going to Europe. I have sold prints of Siena many many times in the past; but now, this bestselling artwork has been noticed by a new customer in Norway. In a few months this artwork will be on a new clothing line designs. I am very exited! 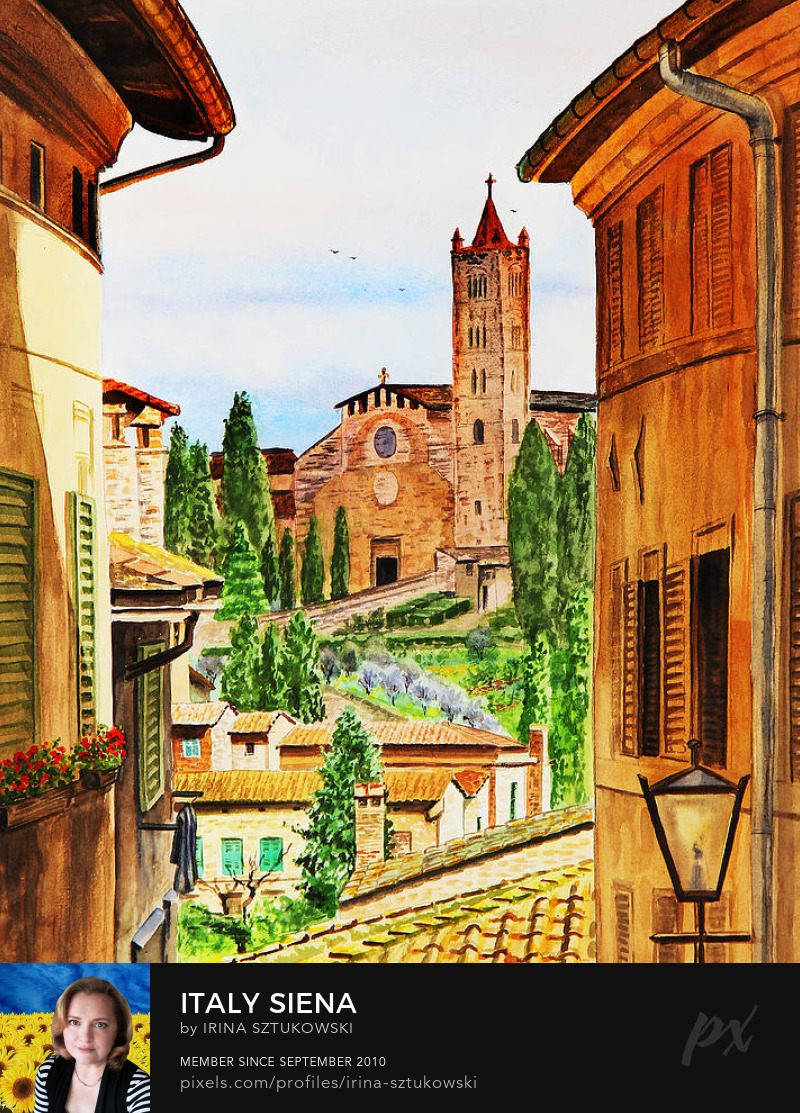 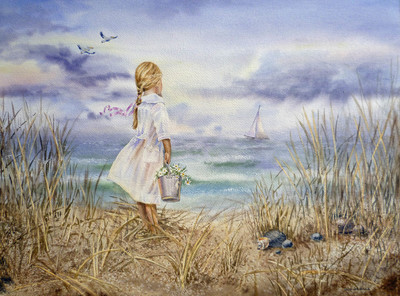 Many thanks to the Art Collectors from Cathlamet, WA and Palo Alto, CA for purchasing print with this artwork! Irina 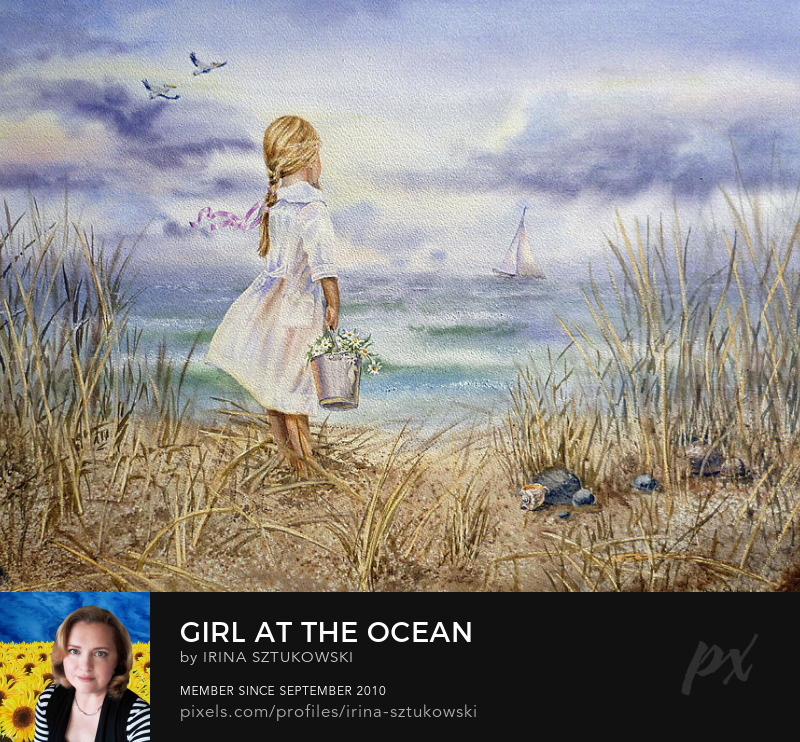 All Artworks On Jigsaw Puzzles Watercolor Paintings With Beautiful Landscapes 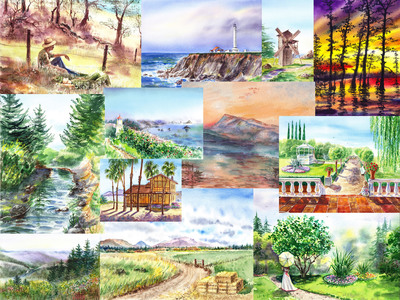 Beautiful Artworks by the artist Irina Sztukowski are now offered on jigsaw puzzles! What a great gift ideas for Christmas, Birthday, or any other occasion for family and friends!
https://irina-sztukowski.pixels.com/collections/landscapes/puzzles 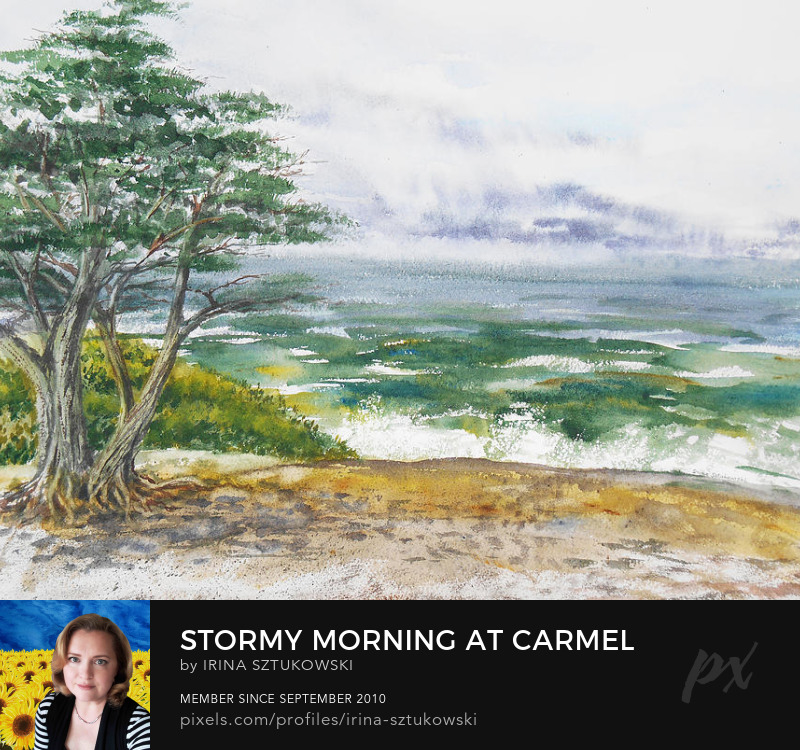 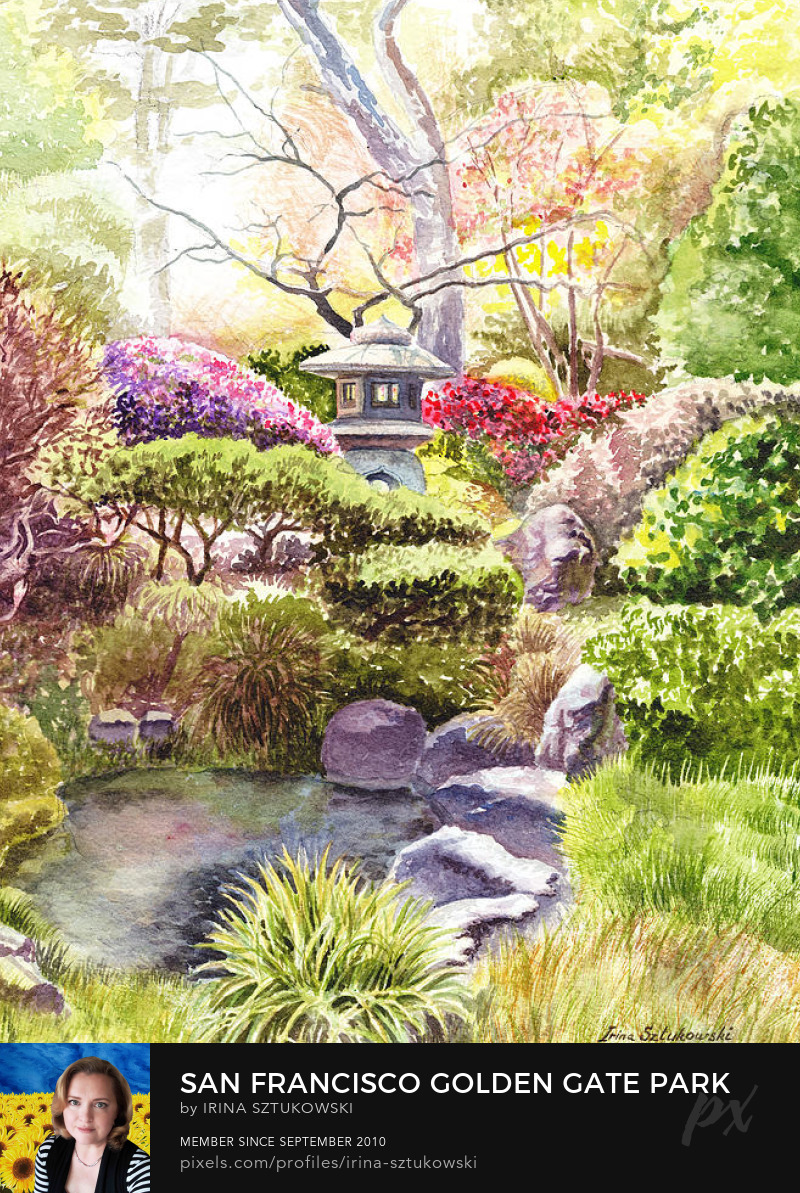 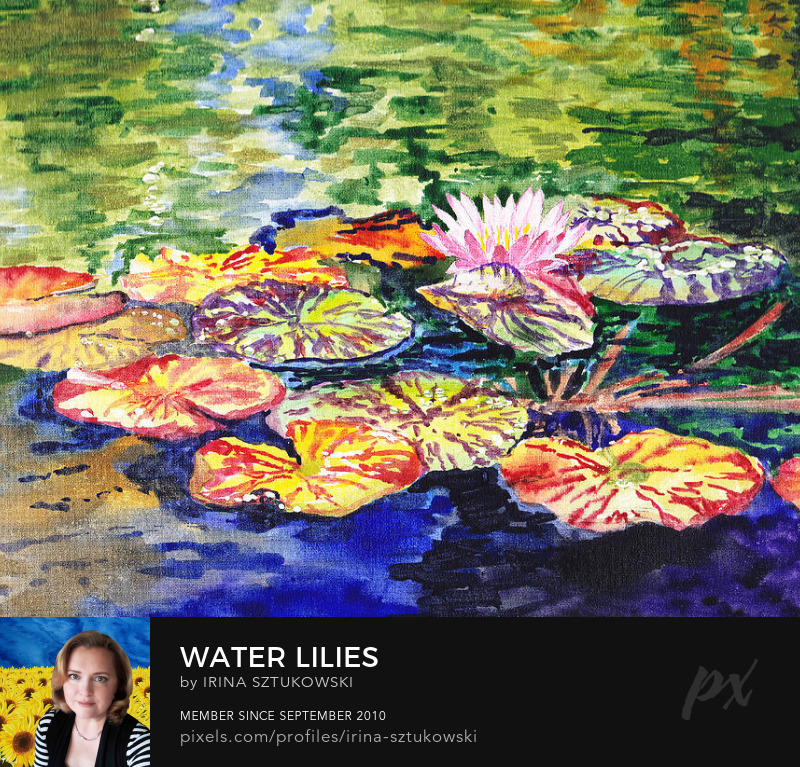 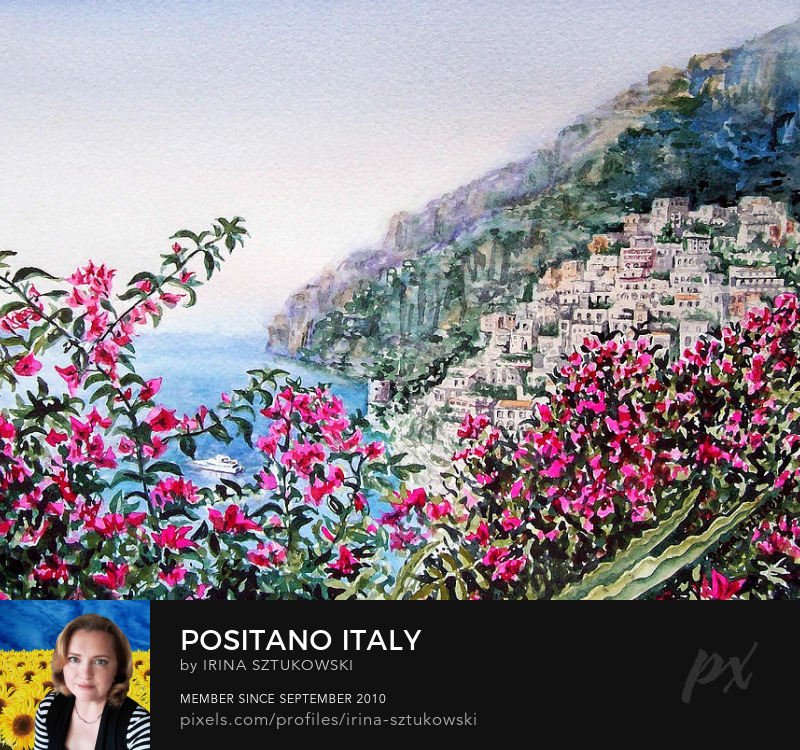 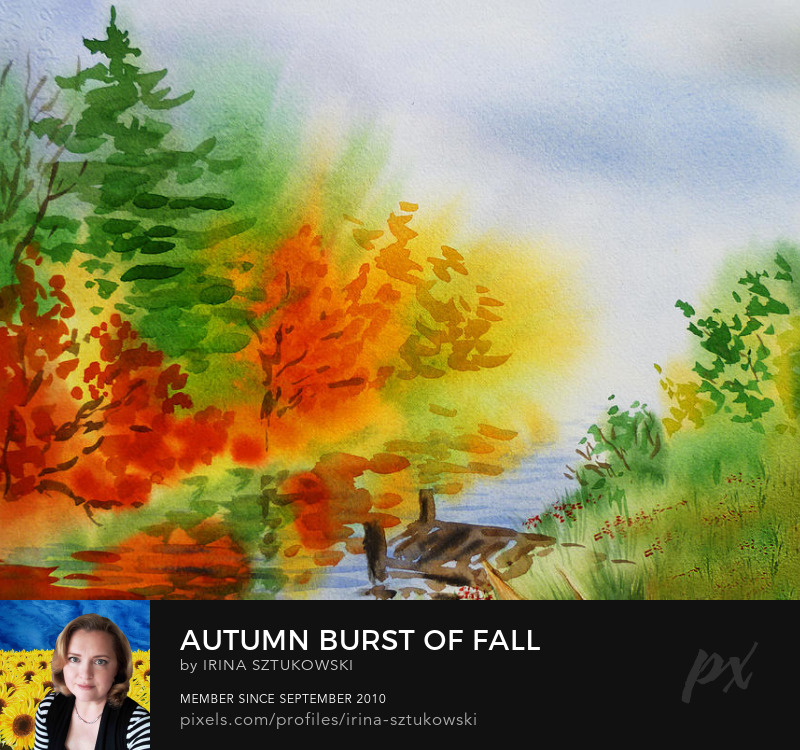 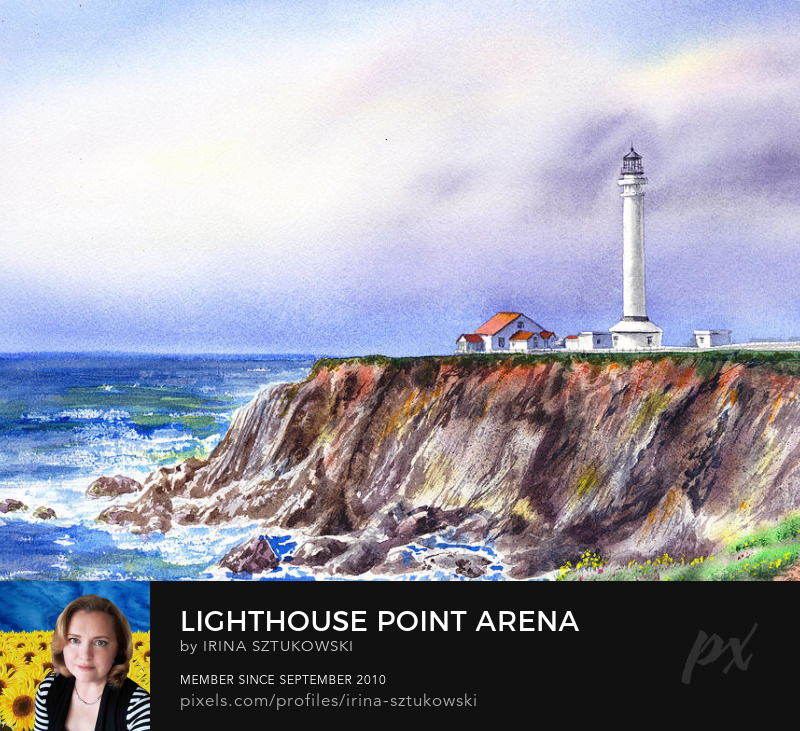 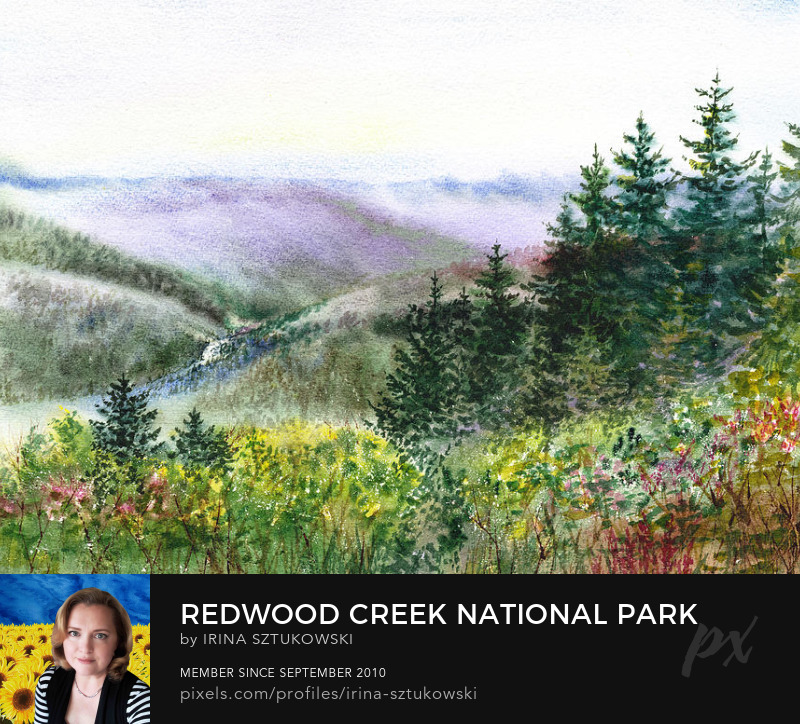 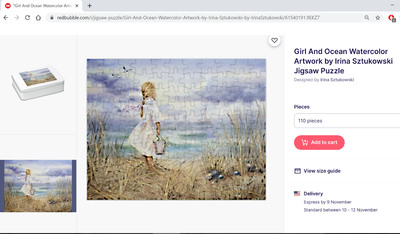 As many of my followers know, this bestselling artwork is loved by Art Collectors throughout the World. It was previously sold as multiple prints, as well as on merchandise. I recently came across of computer generated puzzle with my artwork of a Girl And Ocean. I lost myself in the game and thought to share with you. This is just fun activity for people to explore it virtually. And if people wanted to order a real jigsaw puzzle with various amount of pieces (from 30 to 1000 pieces for this specific artful puzzle of watercolor painting Girl And Ocean by Irina Sztukowski), then my art collectors can order it online here: https://www.redbubble.com/i/jigsaw-puzzle/Girl-And-Ocean-Watercolor-Artwork-by-Irina-Sztukowski-by-IrinaSztukowski/61540191.9EKZ7

Thanks To The Art Collector 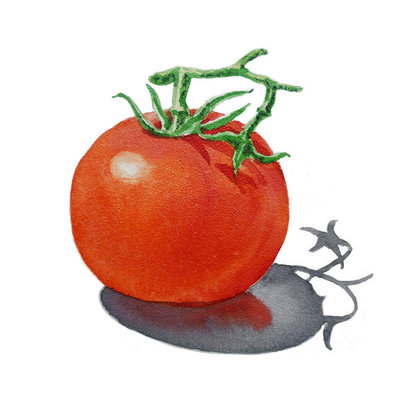 Warm Thanks to the Art Collector from Little Egg Harbor Township, NJ for purchasing this artwork on merchandise! Irina Sztukowski

Thanks To The Art Collector 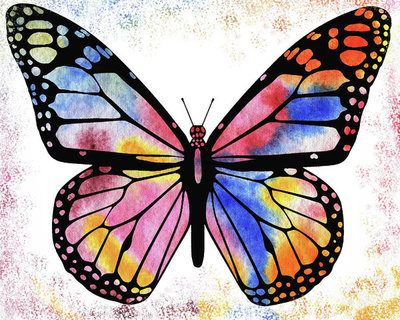 Many thanks to the Art Collector from Geneva, FL for purchasing this artwork on merchandise! Irina 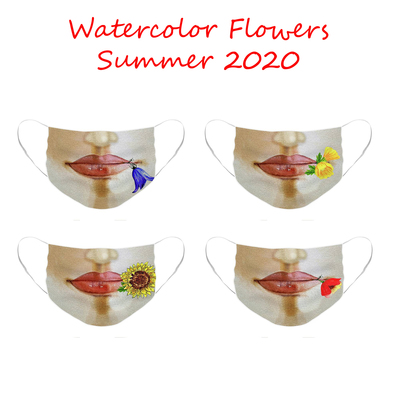 Three and Half Million Visitors Of Irina Sztukowski Website 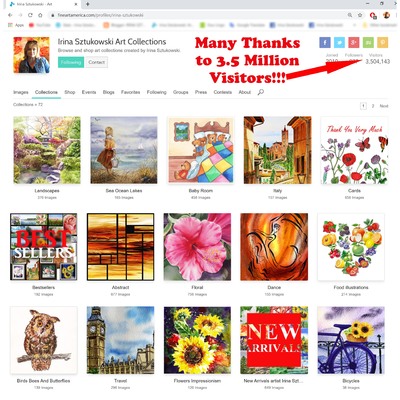 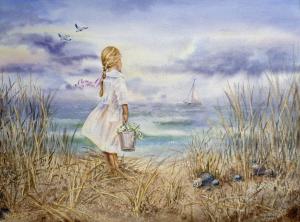 To see various sizes and how it looks on canvas print, metal, acrylic board and on paper, please press the button "Click Here For More Information" 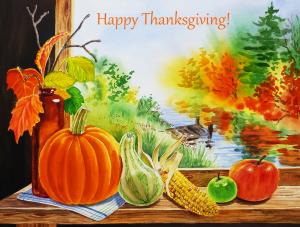 Thanksgiving is a United States holiday that is celebrated nationally. It is celebrated usually on the fourth Thursday of November. Officially it was created as a harvest festival since 1789, with a proclamation by George Washington after a request by Congress.
Historically the event was called by Americans the "First Thanksgiving" and it was celebrated by the Pilgrims after their first harvest in the New World in October 1621. This feast lasted three days, and—as recounted by Edward Winslow - it was attended by 90 Native Americans and 53 Pilgrims. Later on the New England colonists were regularly celebrating "thanksgivings" days of prayer thanking God for blessings such as military victory or the end of a drought.
When Thomas Jefferson came to power in 1801 he decided not to give much attention to Thanksgiving holiday, and its celebration was irregular for almost 60 years, until the Abraham Lincoln became president in 1860. And then in 1863 Thanksgiving became a federal holiday. The time was during American Civil War, and Lincoln announced a National day of "Thanksgiving and Praise to our beneficent Father who dwelleth in the Heavens," to be celebrated on the last Thursday in November. But from 1942 and going forward, Thanksgiving has been proclaimed by Congress to be celebrated on the fourth Thursday in November. Thanksgiving is regarded as being the beginning of the fall–winter holiday season, along with Christmas and the New Year, in American culture.